The Siberian owl moth, Brahmaea tancrei, is one of the ‘typical’ looking owl moths in the genus Brahmaea with almost psychedelic looking wing patterns. Brahmaea tancrei is found in Russia, Korea, China and Indonesia. The moths emerge in April and the larvae are found the consecutive months (from May to July), feeding on plants from the olive (Oleaceae) family; Ligustrum is also reported to be one of their host plants in the wild. While most sources state the moth is single brooded, they can actually produce a second generation if the circumstances are favourable to them. Both in the wild and in captivity second generations have been recorded. The moth has reduced mouth parts and does not feed – despite that, it’s proboscis seems functional enough to sip water. Drinking dewdrops and rainwater probably extends the lifespan of the moths for a few days, even if they are of the non-feeding type. The caterpillars are bizarre and alien looking with their whip-like appendages and the moths are very well camouflaged on tree bark. Once matured, the caterpillars burrow in the soil and pupate underground. These pupae can hatch into a second brood, or decide to go into diapause and spend the winter as pupae. 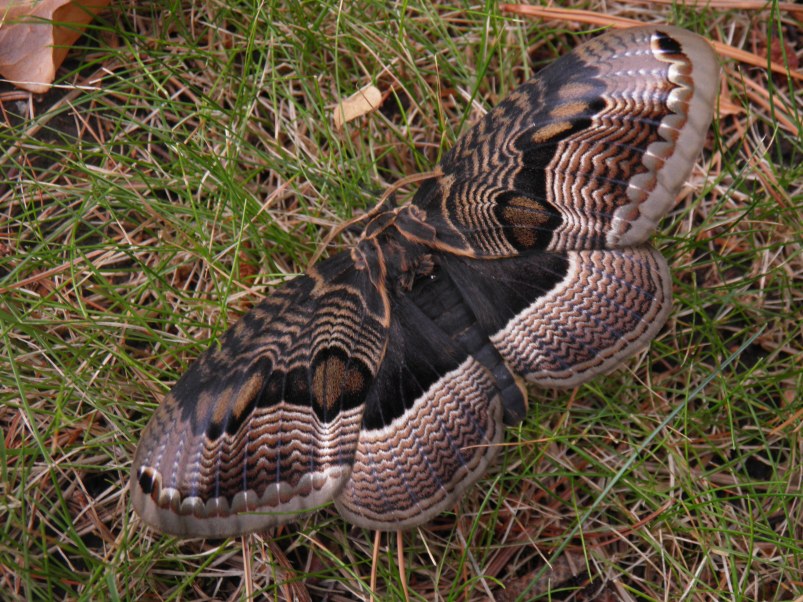 The eggs of Brahmaea tancrei are perfectly round and pale white. However, if fertilised they will turn dark to completely black just a few days before hatching. From these eggs, very small caterpillars will hatch; the first instar already has their very iconic whip-like appendages that can be found on their thorax and rear end. The best food plant to raise them on on Ligustrum, although they may be open minded enough to try other  species of Oleaceae type plants. 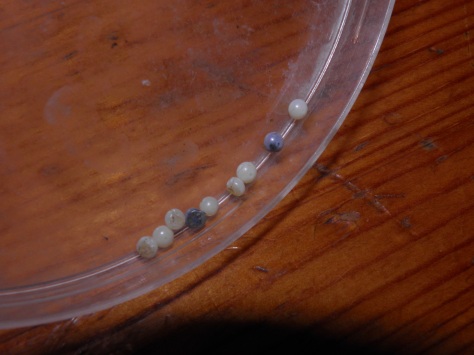 The pale eggs of Brahmaea tancrei hatch in 8 to 15 days, mainly depening on how warm they are kept. Room temperature is fine for them, and they do not need to be sprayed, although a light misting helps caterpillars break free from their eggshells. After hatching, the caterpillars consume a part of their eggshell and will then wander for a while before settling on their food plant. Females seem to lay between 50 and 150 eggs depening on her size and vitality. 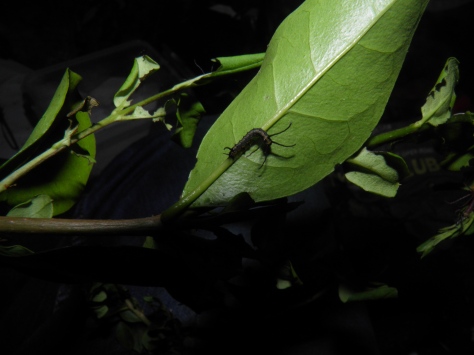 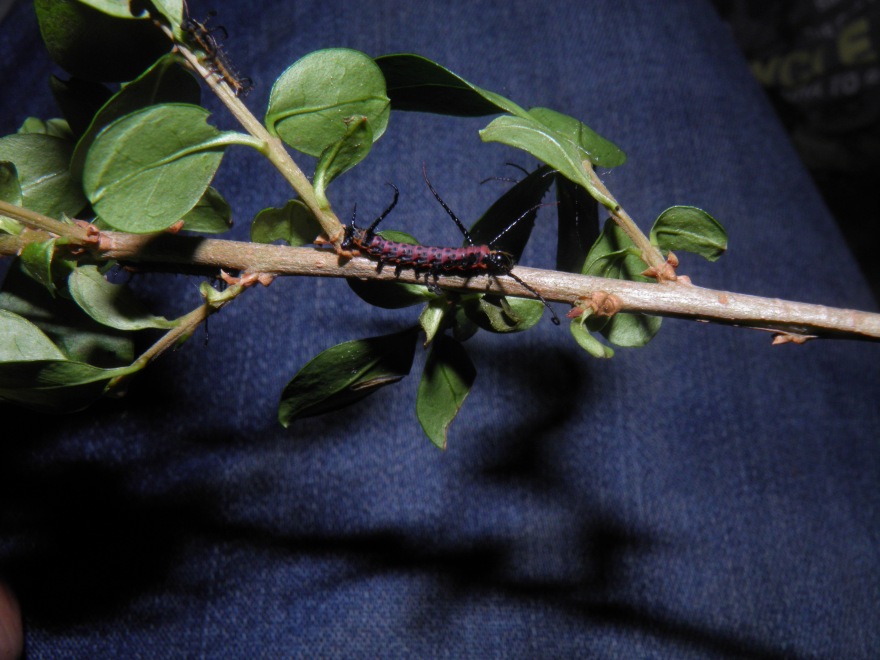 Second instar caterpillars are mainly dark purple with a black head capsule, and longer appendages. Like the first instar, they can be raised in plastic tubs. 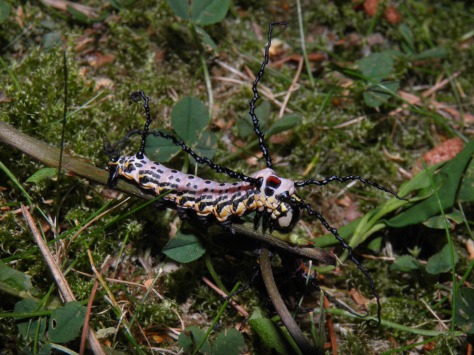 If you have kept them right, they will be in the third instar in no time! The third instar is quite colourful with two bright red “fake eyes” between the skin flap that folds between two thoracical segments, and that are revealed once the caterpillar curls up in its defensive position. This potentially scares away predators. From the third instar and beyond they appreciate ventilation and are best caged or sleeved. If startled, they will bash their thorax and attempt to hit predators with their whips – this is especially effective against invertebrate predators such as parasitic flies and wasps, that can be swiped away with these appendages. 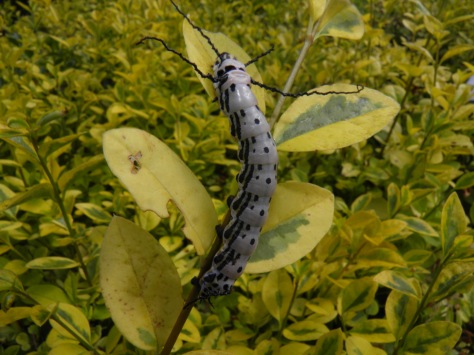 While most Brahmaea species lose their ‘tentacles’ in the fourth instar, Brahmaea tancrei does not. The fourth and penultimate instar still has long tentacle like appendages and a rather pinkish/creamy white skin, and black/yellow markings along its side; it looks like a larger version of the third instar. 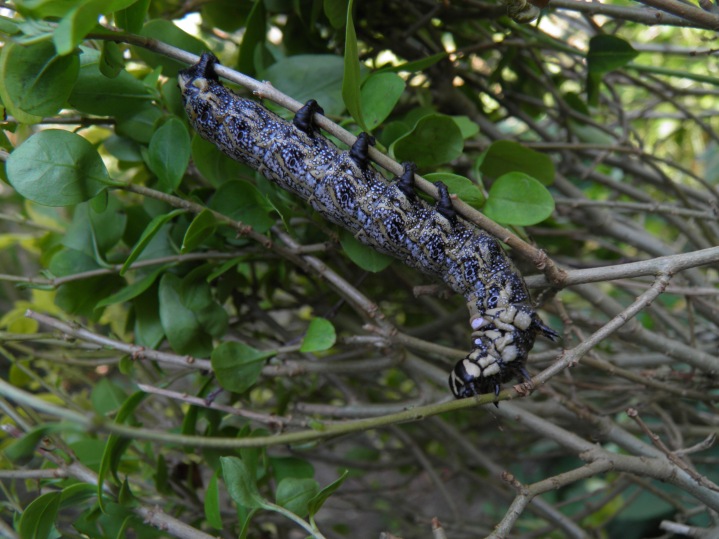 In the fifth instar, the caterpillar loses all the appendages. They become sand coloured yellow/brownish and decorated with pale white ‘moldy’ looking specks. After feeding for a few weeks, the caterpillars are fully grown and will descend from the food plants into the earth in order to pupate. They can be given paper towel, vermiculite, sand, soil, earth or leaf litter as a substrate. The caterpillars of Brahmaea tancrei can go from egg to pupae in 1 month time if kept warm in optimal conditions, but usually it takes them about 1.5 month time (the cooler, the longer it takes them). 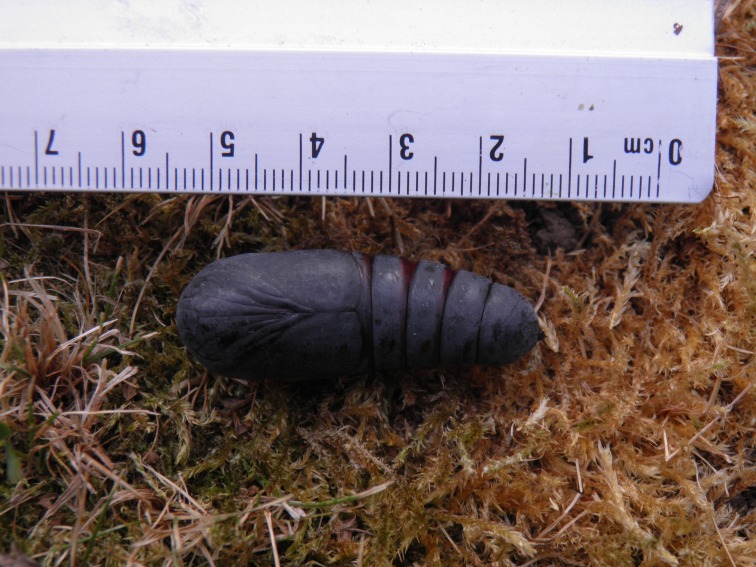 The pupae of Brahmaea tancrei look a little bit polished, for they are rather ‘glossy’ and shiny in appearance, as if slightly coated. They are otherwise dark and grey/black(ish) looking. When touched, the abdomen may wiggle wildly. The pupae of Brahmaea tancrei will either take almost a full year (8-10 months) to hatch if they have decided to diapause, or will hatch in about one month time if they have decided to emerge as secondary generation. Offspring from the first generation in spring may either decide to overwinter and hatch the consecutive year or hatch in summer to form a secondary generation. This depends on daylength, temperatures and perhaps a little bit of luck, since second broods can be partial. Second brood pupae will overwinter. The pupae must be overwintered cold but frost free. Between 1 and 9 degrees Celcius should be optimal for them. Although this species is found in places with cold winters where freezing temperatures are rather normal, the pupae are protected from frost because they are hidden underground (the caterpillars burrow before pupating), and for that reason they do not tolerate direct frost very well, since they are well isolated from the surface temperatures. In captivity they can be overwintered outside if provided a thick layer of isolation (moss, towels, earth, vermiculuite) or if they are overwintered in a sheltered place such as a garden shed, basement or other location (fridge, wine cellar).

A cold winter is essential for their development, and pupae that need to overwinter that do not experience a period of cold will not hatch. The adults will usually hatch in spring by being warmed up after a prolonged period of cold. 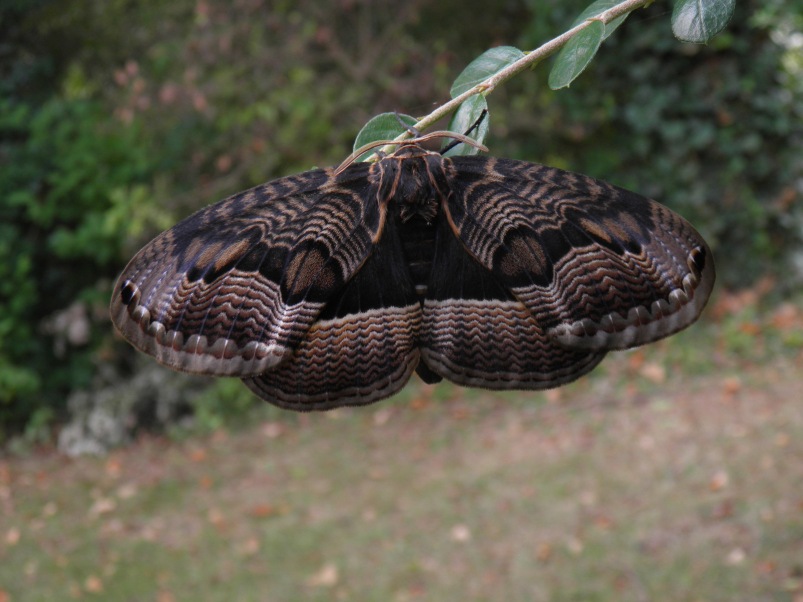 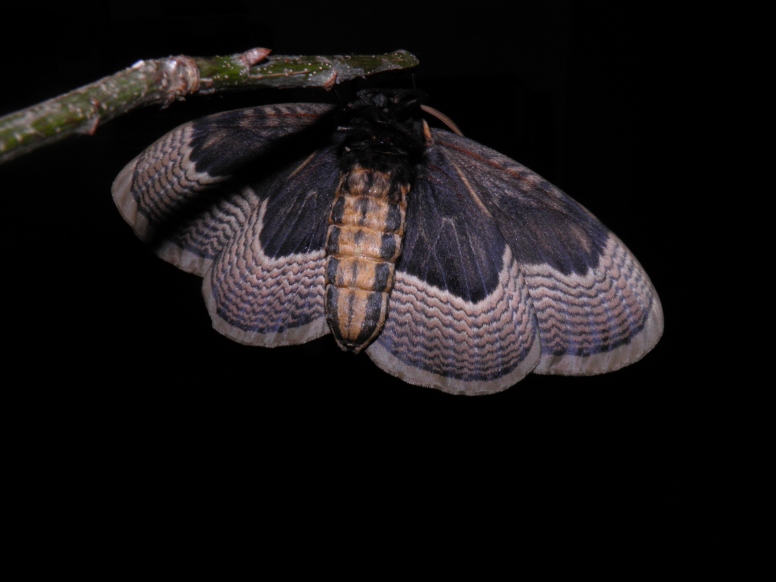 The adult moths of Brahmaea tancrei have a functioning proboscis, but are still to be considered of the ‘non feeding type’. This seems very paradoxal since they will still show a feeding response if they find moisture, but in the wild the moths have never been recorded feeding nor are they attracted to flowers, sap or other sweet substances. Feeding them sugary substances does not appear to significantly prolong their life either. It is thought that they use their proboscis to suck up moisture such as dewdrops or rain – just water alone can prolong their lifespan and helps them with being hydrated. This is however speculation and has not been confirmed by science.

Brahmaea tancrei will easily pair in captivity. The differences between males and females are subtle but males have slightly longer antennae and different genitalia; however it can be difficult to keep males and females apart. They can be paired in medium  sized flight cages. 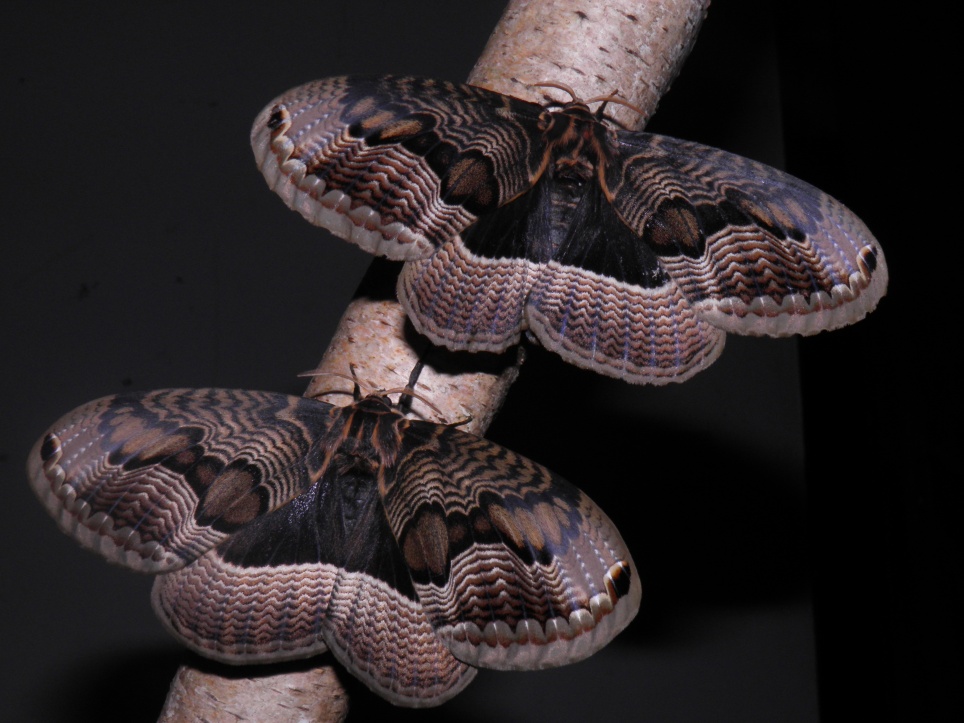