The Squeaking silkmoths; or genus Rhodinia, is a medium sized genus of Saturniidae, that give or take, contains about 15 species, found in both the subtropical and more temperate palaearctic regions of Asia. These attractive looking silkmoths are often brightly coloured and resemble a dead autumn leaf; their colours consisting of bright yellow, orange, rusty brown and red. Their squeaking larvae and pupae earned them the name ‘squeaking silkmoths’. Rhodinia verecunda, the Taiwanese squeaking silkmoth, is one such species, that is endemic to the island of Taiwan. 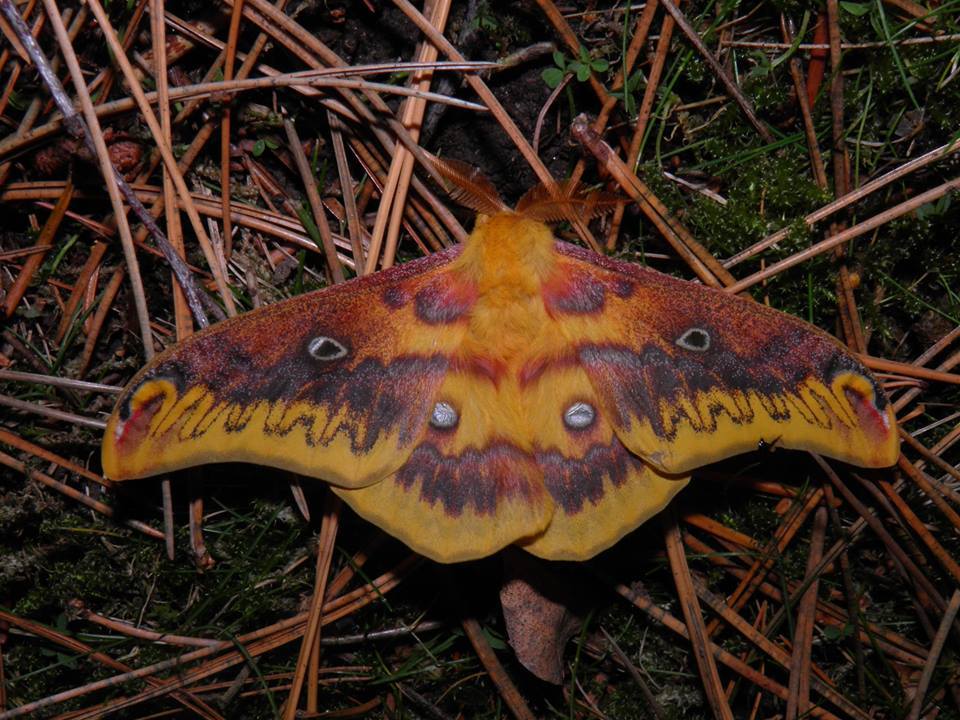 In Taiwan, these moths are found in November and December – their flight time is, interestingly, in the cooler time of the year, which is not unusual for Rhodinia species. In fact, it may explain why so many species resemble dead (autumn) leaves, for these moths have the habit of hatching in autumn, when the temperatures become colder. In Taiwan, Rhodinia verecunda is mainly encountered in mountainous regions – they prefer higher elevation habitats that are concentrated around the inland regions, and seem to be rather absent around the coastal lowlands of the island. After hatching from their cocoons, the males seek out females and pair with them. In captivity, these moths appeared to be rather crepuscular, and they are presumably too in the wild, although I need a confirmation on this. After pairing, the females lay 70 to 120 eggs. These eggs will not hatch until the following spring – they overwinter in the egg stage. In spring, after being dormant for several months, the young caterpillars hatch. This species is found feeding on Chinese ackberry (Celtis sinensis), camphor tree (Cinnamomum camphora), various Taiwanese kinds of cherries and oaks (Prunus, Quercus) and Chinese sweetgum (Liquidambar formosana) in the wild. In captivity however, they can be forced to eat many plants from the Rosaceae, Fagaceae, Juglandaceae and Lauraceae families including hawthorn (Crataegus), willow (Salix), and many kinds of cherry, oak and sweetgum (Prunus, Quercus, Liquidambar) that they normally wouldn’t encounter in the wild. The caterpillars of Rhodinia verecunda are mainly green; they are also decorated with tiny blue tubercules. When molested, they are able to squeak  loudly. 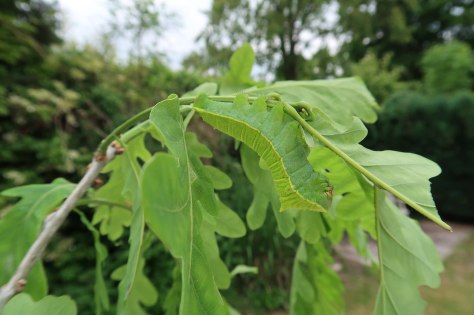 In captivity, Rhodinia verecunda is not very difficult to breed, although they need a little bit of patience – and having basic experience with breeding moths is recommended.

The eggs of Rhodinia verecunda must be kept cold in winter, but preferably frost free. They are from a subtropical climate that does get cold in winter, but not as harsh as most palearctic winters by far. Overwinter them in small plastic tubes inside an envelope that can be placed in a cool basement, fridge, or garden shed outdoors (if well-isolated from the elements). They will only hatch after experiencing a cold spell for several months, and being gradually warmed up after that. 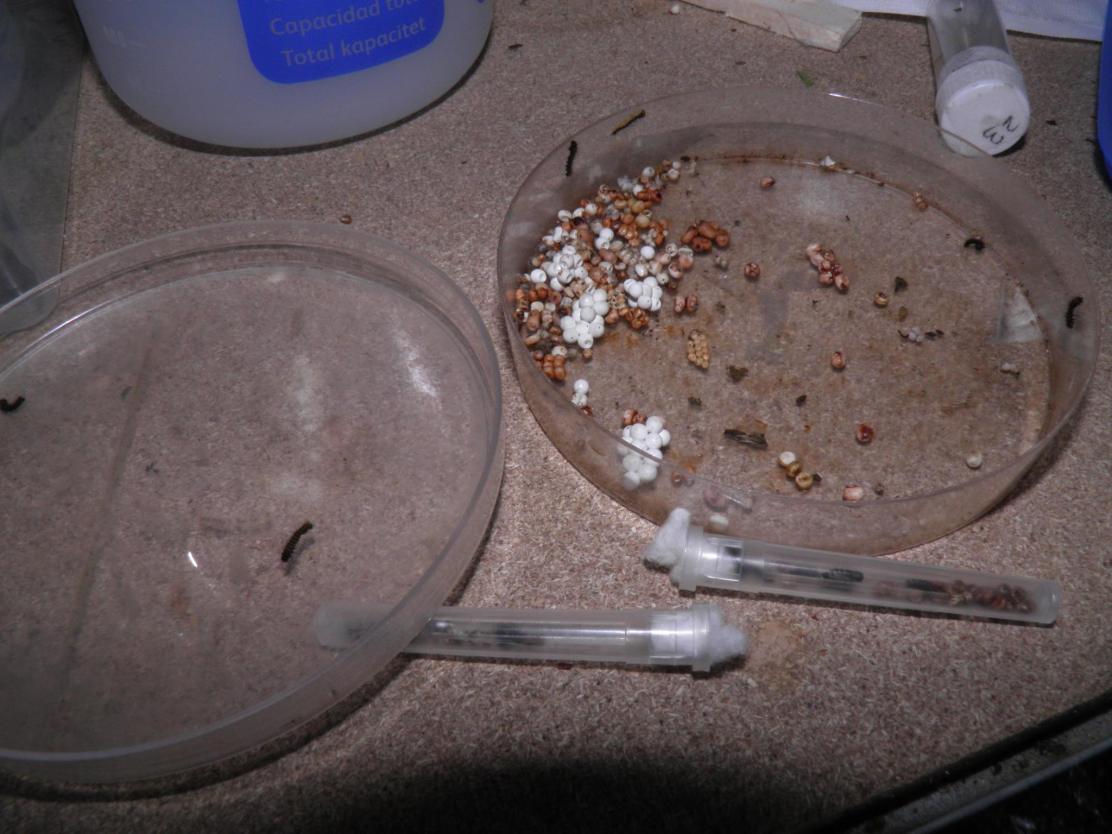 Rhodinia verecunda hatching together with many Caligula species in spring

The first instar is dull and completely black, with very small green markings on its side. The second instar is green/yellow with black markings, and the third instar looks like the second instar, but with bright blue tubercules. 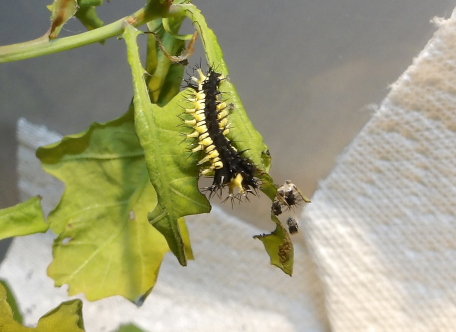 The young instars of Rhodinia verecunda are easily raised in plastic boxes, especially if you are mindful about keeping the humidity down with a little bit of ventilation, or paper towels that absorb moisture as substrate. They can be given a number of plants including hawthorn (Crataegus), cherry (Prunus), oak (Quercus), sweetgum (Liquidambar),  willow (Salix) and more. In particular, I had good result by mixing Prunus padus and Quercus robur together – the polyphagous caterpillars would eat both, although they prefered to eat Prunus padus – resulting in a mixed diet.

The later instars (L4, L5) are better placed inside a rearing sleeve or a cage, as to provide them maximum airflow and ventilation. The later instars are lime green, with cute blue tubercules – and will squeak loudly if touched. Rearing them takes some patience, since these Saturniidae are fully grown in 2-3 months – a little bit longer than the average silkmoth. Make sure not to overcrowd them too much, give them fresh food, and rear them in a warm but not extremely hot place (room temperature is fine). Although it’s a subtropical species that does probably experience heat, they do live in higher elevations, where they do not experience the full extent of the heat, as higher elevation habitats are usually a little colder than lowland ones. 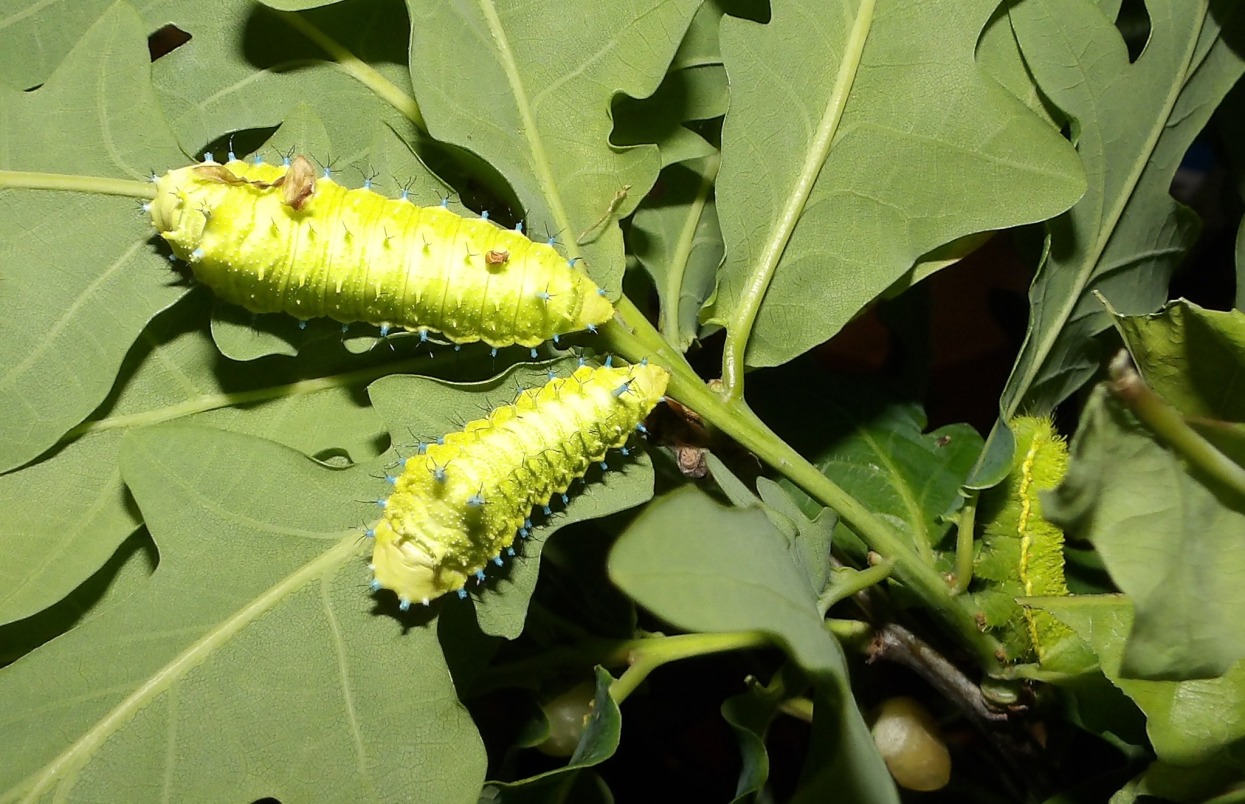 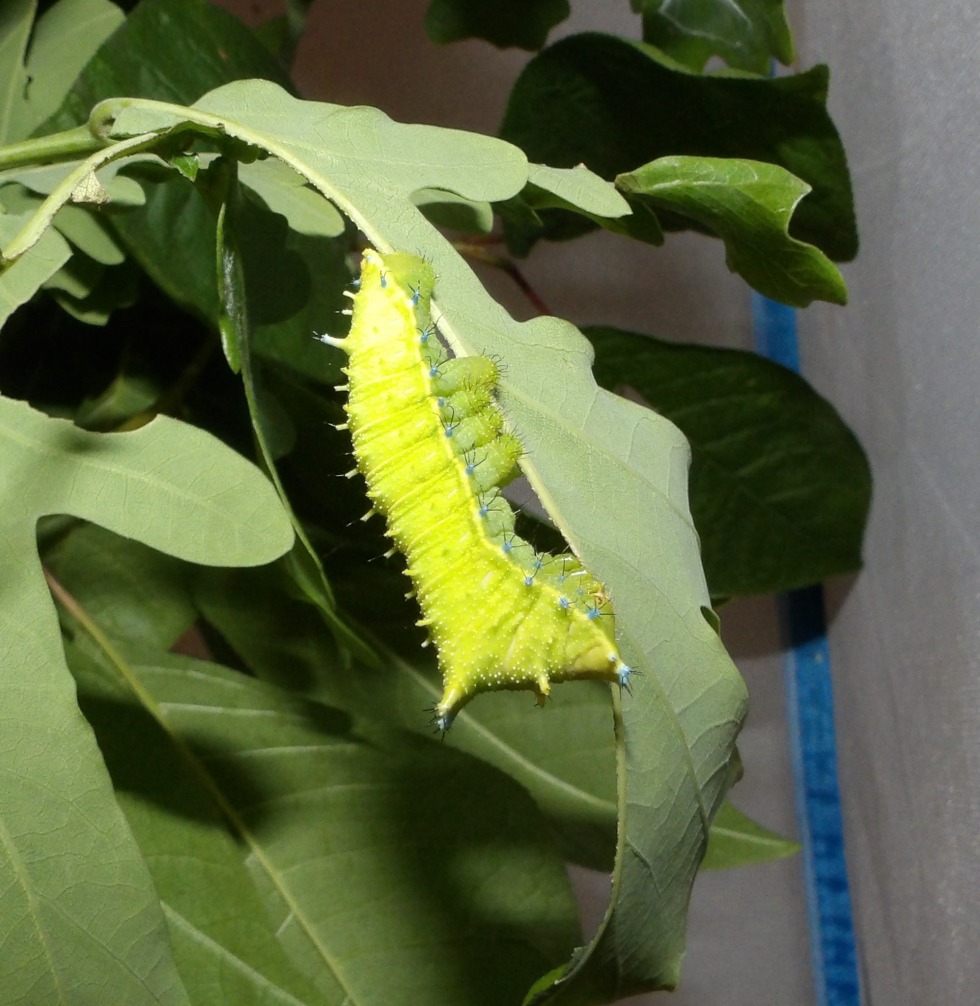 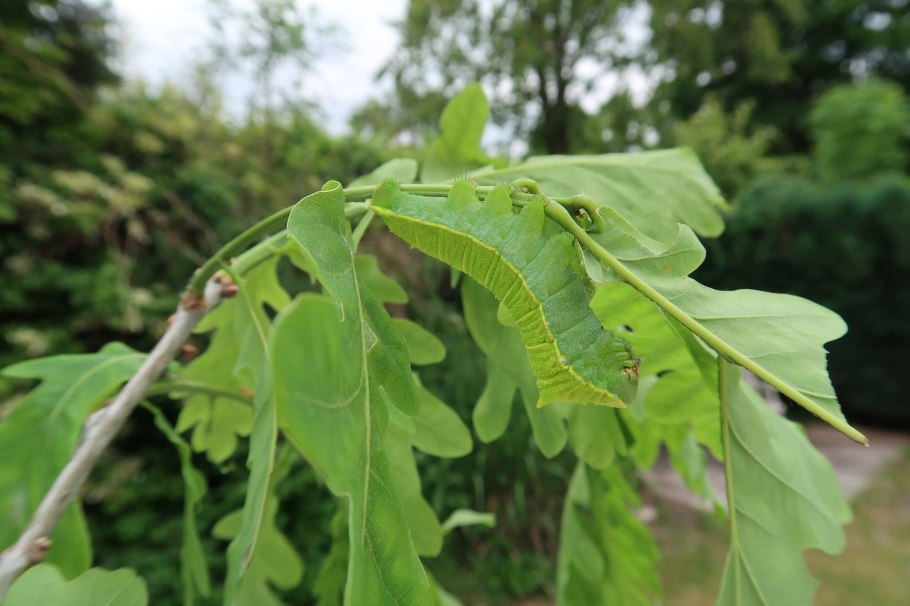 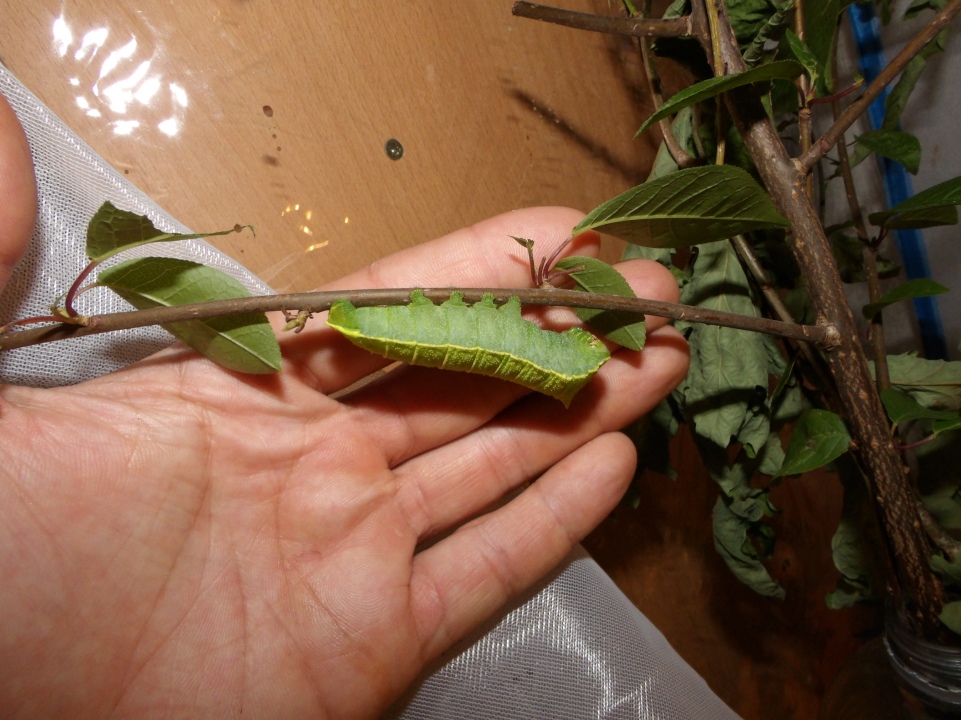 If you managed to rear these to maturity, expect them to spin green cocoons against the branches of the host plants, usually attached by a silk ‘pad’. The cocoons of Rhodinia verecunda have a loose opening on top, almost like a purse, that is spun close by the caterpillar – but not as tighly as the rest of the cocoon. With a little force, they can push it open, and the moth escapes the cocoon – a neat mechanism. The cocoons of Rhodinia verecunda can be stored on room temperatue, but remember, in Taiwan they hatch during the cooler time of the year – in autumn, not in summer! They probably appreciate cooler temperatures in this period of time, which simulates their natural environment. 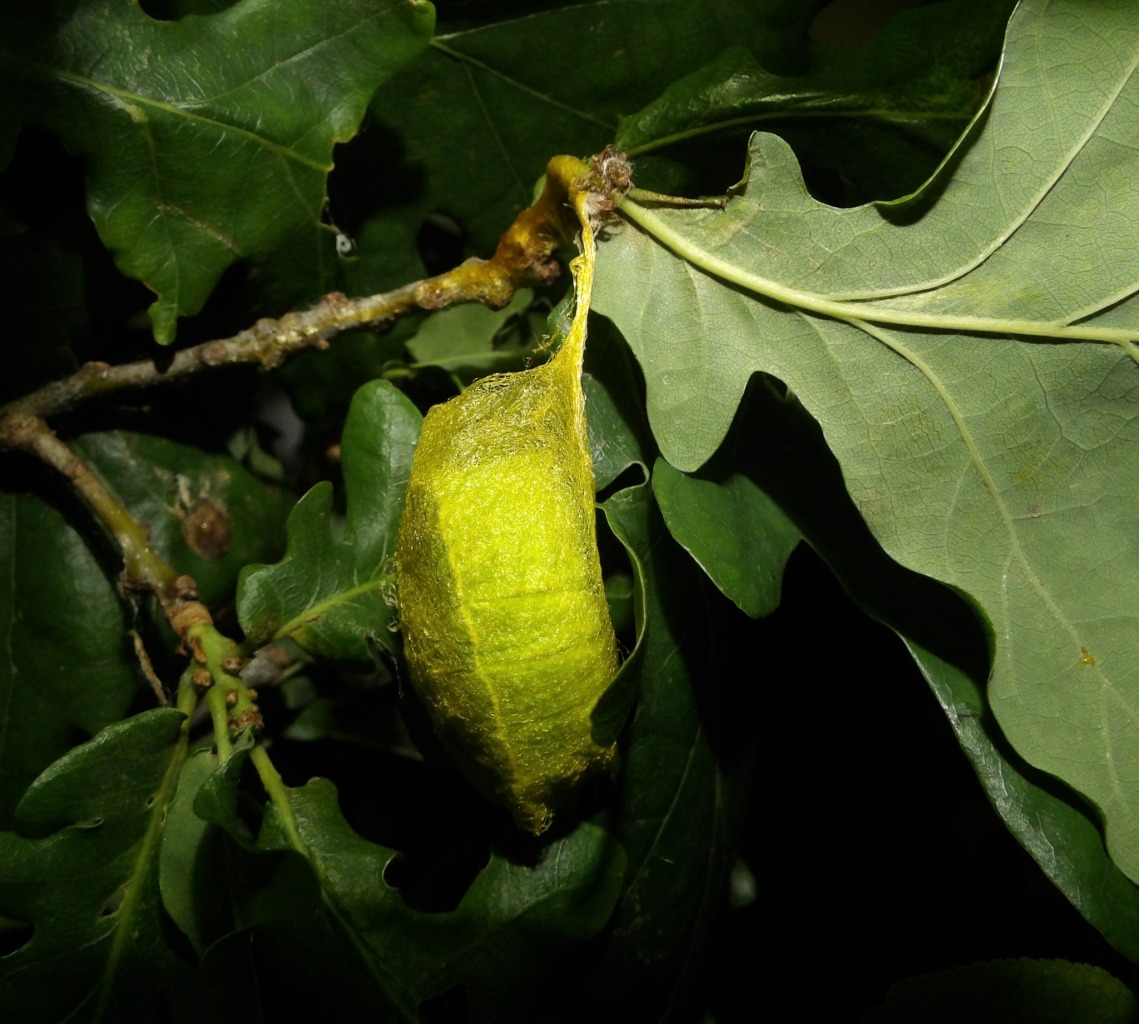 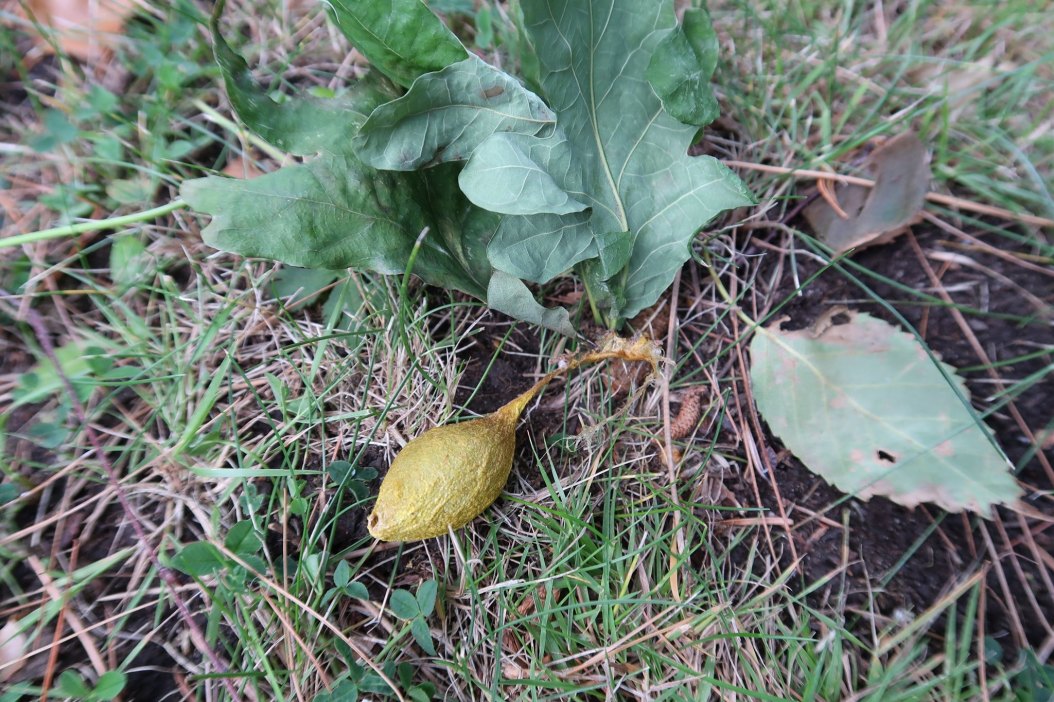 After cocooning in summer, the cocoons hatch in about 4 to 6 months time during autumn/winter. Keep in mind that  ‘autumn/winter’ is not the same in Taiwan as it may be where you live – Taiwan is, again, subtropical, and while it does get noticably colder during this time of the year, it is still relatively mild. 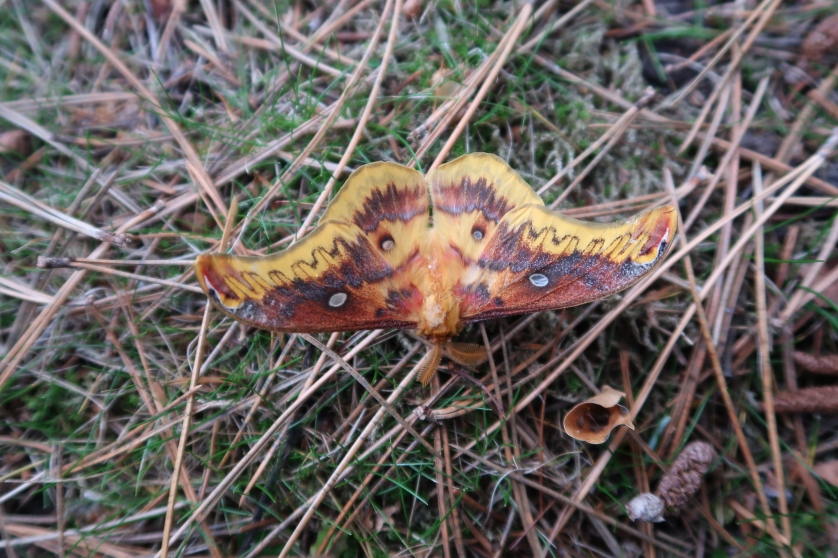 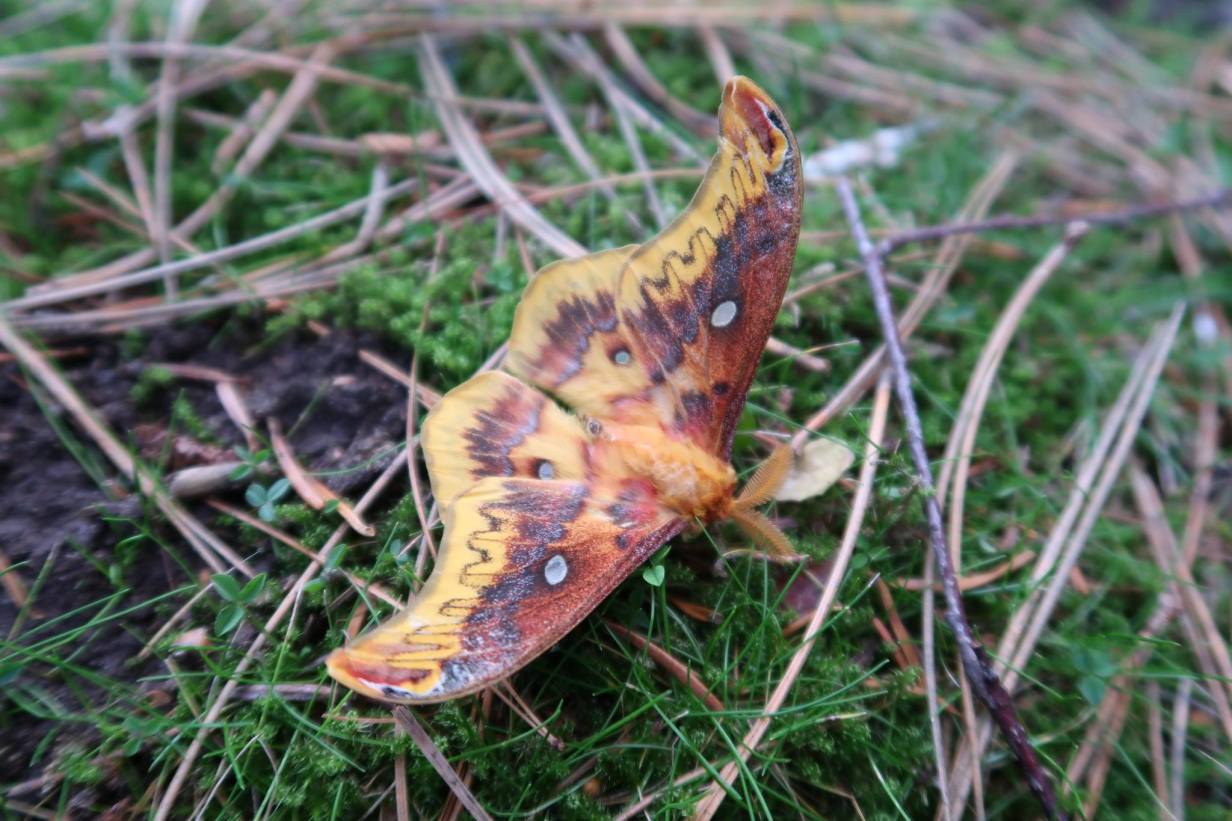 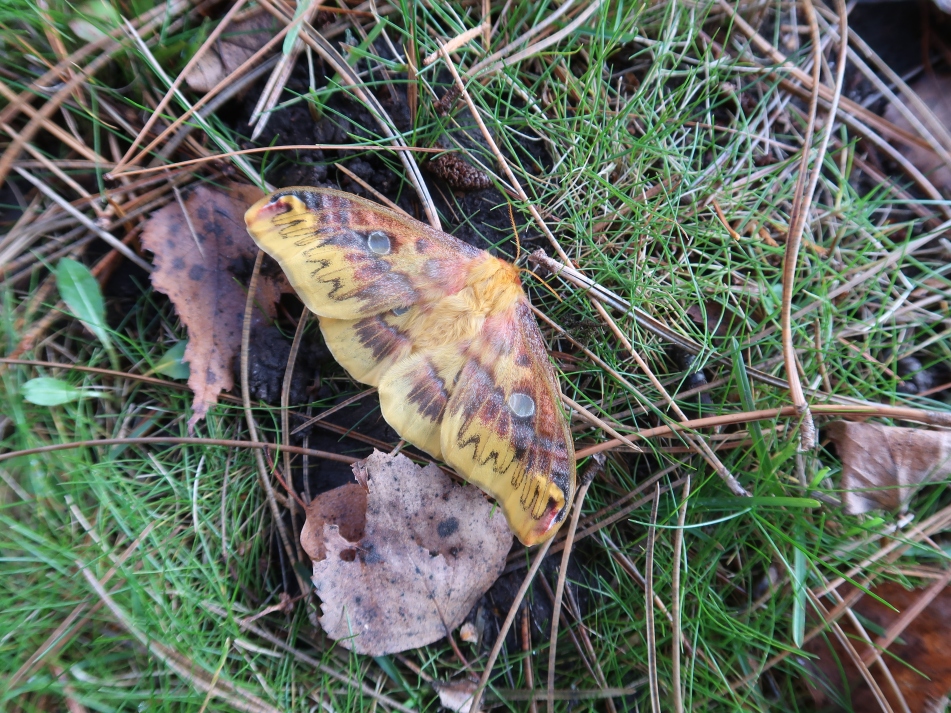 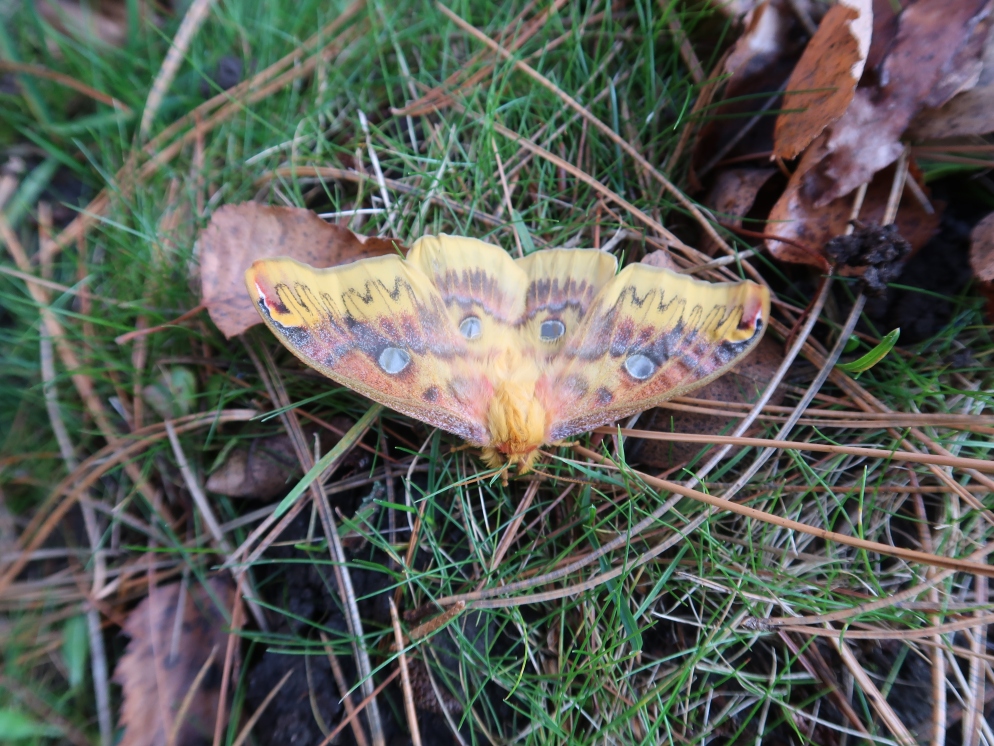 The males appeared to be crepuscular in captvity; but I need a confirmation to know when this species flies in the wild. Certainy, many of the Rhodinia species are diurnal – such as its closely related cousin species, Rhodinia fugax, that flies and pairs during the day. It is reasonable to assume Rhodinia verecunda does the same in the wild, and that the males appreciate natural (day) light. Although I did observe pairings, I am not sure about the time of the day they actually paired, because copulating moths can stay together for a long time, and I did not frequently check up on them. However, they certainly benefit from a well-ventilated cages with warm days and cooler nights.